Or if he did he'd have the common decency to feel really, really bad about it. Parker is worse or at least A LOT stupider when it comes to dealing with demons. 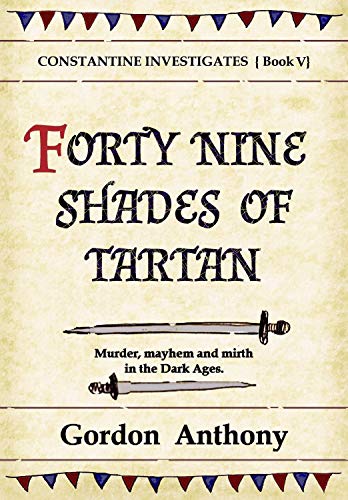 I mean Not to mention not trying to get it back when someone who can halfway consistently win against said devil owes you one. In other news after the Marvel cancellation wave I raged about last thread the inevitable "well, if they failed to find an audience That was part of my rage about DC reboting with Rebirth, they had no faith in the DCYou and pulled the whole "well diversity obviously doesn't sell. Get back in the closet LGBT people!

My favorite tweet went a bit like this: "The readers decide. These title were just not selling. Did you actually informed people? Then what were you expecting? I'm betting this is thanks to the writer Rainbow Rowell doing advertising to and educating the potential readers. It's infuriating isn't it? And that's a very stupid thing to do.

Especially if you already seem to only employ tumbleweed in your marketing department. Happy Holidays! I enjoyed that a lot. I'm too full of wine and chocolate orange to comment coherently but I will take the opportunity to wish everyone an amazing Christmas. Glad you enjoyed it! Had a great Xmas round at mum's with Biff in tow.

Only got a couple of comic trades though, everyone decided to give me Xbox One games instead. Which I am not complaining about. Did get Squirrel Girl vol. Plus the 25th Anniversary issue. It collects issues From the blurb on the back it does indeed seem to be a holiday issue. I shall read it soon. Mind you I still have to write up trade 4. Trying to figure out how to handle the Choose Your Own Adventure issue, because it's too funny to skip past like a big coward :D. Also I got a chibi Deadpool T-shirt to add to my epic collection of nerdwear.

Well, if you don't figure out how to do it Galactus will eat our world! Samuel Edwards, Theodora , about the Byzantine empress and wife of Emperor Justinian during their marriage from until her death in ; Samuel Edwards is a pen name of Noel B. Robert Graves, Count Belisarius , about the great Byzantine general who served under Justinian and attempted to reconquer the lost territory of the Western Roman Empire.

Tom Harper, Siege of Heaven , the emperor's agent treks across the desert on a diplomatic mission to Egypt; 3 in the First Crusade trilogy the first two are mysteries; the third is not. Frederic Harrison, Theophano, the Crusade of the Tenth Century , a romantic story about a Byzantine Emperor's courtesan Theophano by an early twentieth century scholar who took pains over historical accuracy. James Heneage, The Walls of Byzantium , about three families during the decline of the Byzantine Empire in the late fourteenth century; 1 in the Mistra Chronicles series.

Guy Gavriel Kay, Lord of Emperors , a fantasy novel set in an imaginary city Sarantium inspired by sixth century Byzantium; 2 in the Sarantine Mosaic two-novel series. Ken McClellan, The Last Byzantine: Confessions of a Would-Be Messiah , about a boy who witnesses the fall of Constantinople in , then travels through the Renaissance world before falling into the hands of the Inquisition; self-published.

Naomi Mitchison, Anna Comnena , about the daughter of the eleventh century Byzantine Emperor Alexios I, who attempted to usurp her brother's throne and was exiled to a convent where she wrote an account of her father's reign, becoming one of the earliest woman historians. Andrew Novo, Queen of Cities , about the fall of Constantinople in Alan Savage, Ottoman , about five generations of the Hawkwood family beginning with English master gunner John Hawkwood's arrival in Constantinople.

Vivian Schurfranz, Roman Hostage , about a young Visigoth kept as a hostage in fourth-century Constantinople.


Harry Turtledove, Agent of Byzantium , alternative history that imagines what the thirteenth century might have been like if Justinian had rebuilt and expanded the Roman empire and Mohammed had adopted Christianity. Evelyn Waugh, Helena , about the mother of Constantine the Great.

Anne Perry, The Sheen on the Silk , about a woman who disguises herself as a eunuch in Constantinople in order to prove her brother innocent of conspiring to murder a nobleman. Mary Reed and Eric Mayer, One for Sorrow , about the Lord Chamberlain of the sixth century Byzantine Emperor Justinian, who investigates the murder of a friend and colleague; 1 in the John the Eunuch mystery series.